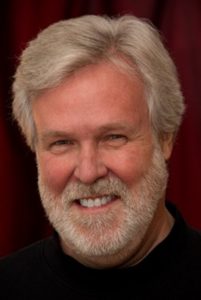 Longer ago than I care to remember, I played the role of Jerry in Edward Albee’s Zoo Story and delivered this line: “What I am going to tell you has something to do with how sometimes it’s necessary to go a long distance out of the way in order to come back a short distance correctly, or maybe I only think it has something to do with that.” Little did I know that over two decades later those words would become a blueprint for an important aspect of my professional life. Five years ago, I became a part-time graduate student in drama at Washington University in St. Louis. I had considered doing this before I pursued a career in medical psychoanalysis. However, I was now able to enter the graduate program with a specific agenda: to study live drama from a psychoanalytic perspective. Some of what I have learned was reported in a brief communication entitled “Unconscious Phenomena in the Process of Theater: Preliminary Hypotheses,” which appeared last year in Psychoanalytic Quarterly.

While going about my work on dramatic process, it occurred to me that pre- or post-performance discussions of plays might be a good way to engage the public in a discussion of psychoanalytic ideas and concepts. In collaboration with local theaters, I soon began to arrange post-performance discussions, efforts which have met with mixed results. Plays often speak for themselves, and the players sometimes talk back.   The task is more complex than decoding an inert cultural artifact like a film, because a play in production is a dynamic, living entity. Post-show discussions of live theatrical events place the discussant within the theatrical process.

There are at least three ways a psychoanalyst can contribute to a theatrical effort. The first and simplest is the post-performance discussion; the psychoanalyst offers an analysis of the play after a performance of the work. Because the actors, the director, and the playwright at times participate in such discussions, future performances may be affected, for good or ill. Second, the analyst can serve as consultant to a production, discussing the psychology of the play and its characters with the director and the cast during rehearsals. Third, the analyst can assume an active role in the production, as actor director, assistant director, or dramaturge. In any of these roles the analyst can aid interpretation of the text, provide insight into characters; motivation, and help manage the dramatic process as rehearsal evolves into performance. The analyst serving in one of these more active roles can also participate in pre- or post- performance discussions. The more involved the analyst is with a given production, the more the analyst will identify with the artistic product. This has both advantages and disadvantages. Through critical judgement may be affected, insider status can deepen one’s appreciation of both the dramatic text and the process of bringing it to life.

In and Out of Character

In the spring of 1991 I appeared as the Duke of Venice in a university production of Othello. Originally I had been asked to serve as a consultant to the director. When the two of us met with two student dramaturges to discuss the play, my reading of it centered on the dynamics of primal scene experiences. I advised the director that the climactic scene, in which Othello smothers Desdemona, should be played ambiguously: the audience should wonder whether they are witnessing sex or violence or both. The director was grateful for my input and after the meeting asked me privately whether I would be willing to play the Duke of Venice. I agreed, with the thought that as the production neared, I could interview the principal actors in order to compare my ideas about the play with theirs.

Regardless of my hypothesis about the text, my interview led me into an area of

inquiry that has become the focus of my theatrical work. All of the actors I interviewed, both male and female, were speaking to me ostensibly as themselves. Yet I became aware that they were behaving as if they were “in character. “ The actor playing Othello was intimidating yet insecure; the actor playing Iago was suspicious of my motives; the actress playing Desdemona was coquettish; and the actor playing Casio, the good soldier, tried his best to be helpful. The extent of the transformation these individuals had undergone became apparent to me when, about a week after our production had closed, I ran into the actor who had played Othello. This young man, who had carried himself like a muscle-bound gladiator as he played Othello, in life appeared shy and foppish. At the time I thought that it was simply a matter of being “in character” or “out of character” for the actor in question. I have since learned that being in or out of character is no simple matter.

In the spring of 1992, I was assistant director for a university production of Tartuffe. In the fall of the same year I directed the one-act play Hopscotch in the same setting. As I reported in Psychoanalytic Quarterly, unconscious phenomena in the form of transference-countertransference enactments have a powerful influence on the production process; indeed, they shape live performance. The director of Tartuffe seemed to have identified strongly with the central character of the play, Orgon, and the cast collectively began to relate to her accordingly. For example, the character of Damis, Orgon’s son, is angrily disinherited by his father during the course of the play. The actor playing Damis so irritated the director that she nearly stopped speaking to him. This small example illustrates my central idea. As actors and their director prepare a production, a process parallel to the emotional dynamics of the play develops during rehearsal in the everyday interactions of cast and director. The musical Kiss Me Kate illustrates the same ideas in comic form. Directing Hopscotch validated and refined my hypothesis by convincing me of both the ubiquity and the unconscious dimension of these phenomena.

A Case of Enactment

In the fall of 1993, I played the role of Father Dewis in Sam Shepard’s Buried Child. Dewis, a hapless, ineffectual Episcopal priest, enters the play in the last act and proves unable to help the disturbed family at the center of the drama. The director and I understood that I would play the role naturalistically, although the character does have comic moments. As I prepared for the role, I inexplicably adopted an external approach to the character, modeling my performance on some mimicry I developed in my childhood. After a rehearsal, the director told me that my performance was slipping into caricature. He wanted me to appear to be an outsider to the family, but not outside the play. Feeling humiliated, I rehearsed my lines privately the next day and reflected on the previous evening’s rehearsal.

The character Dewis is humiliated in the play, proving to be out of his depth in a crisis that involves the father’s confession of infanticide. Dewis exits pleading helplessness. It began to dawn on me that what went on with the director involved an enactment; I felt out of my depth in the role. What was my problem? As I reflected while rehearsing my line, an incident from my past came to mind. My heart sank, and I knew then why my work had met with such a hostile response. Enactments, when analyzed and understood, cut close to the bone. The incident that came to mind involved a clinical brush with infanticide, early in my career as a psychiatrist. Needless to say, the incident disturbed me deeply at the time. The enactment with the director, my adopting the external approach that elicited his criticism, signaled resistance. I did not want to identify with the character of Dewis because I feared I was too much like him, at least in one troubling situation in my past. I wondered whether this might be a general characteristic of enactments in the theatrical process.

When I learned that a professional production of Selzer’s The Black Swan would be produced by the Edison Theatre at Washington University, I signed on as assistant to the director. I was eager to test my ideas in a professional production, and was curious to see whether I might learn something new about enactments in the process of theater. I found that the most troubling and disruptive enactments signal resistance within the actor to identification with the character being portrayed. Disruptive enactments, initiated by two different actors, occurred at two different points in the production process. I cannot report these events because I do not have the actors’ consent. I can report that these two situations were crises for the director, and I explained my take on them to him. He found my understanding of these disruptions helpful, for it enabled him to manage these crises effectively. To me, it felt something akin to consulting with a colleague about an ongoing psychoanalytic psychotherapy. I also learned something new.   Enactments are ubiquitous and not always disruptive, even when unconscious. Enactments have a reinforcing function, they reinforce the emotions beings portrayed.

When I felt humiliated by the director of Buried Child, I was reinforcing an emotion I needed to find for the character. My resistance signaled a deeper level of actual identification. The professional actors I observed in The Black Swan enacted constantly by flirting, fighting, knowing-it-all, or whatever happened to be the issue for the character they were playing. Only when disruptive did these enactments signal resistance. In my Psychoanalytic Quarterly paper I posited that enactments serve the actor by forging emotional links between the actor’s true self and the false self that is the character. Stephen Aaron, in his exploration sf the psychology of acting (Stage Fright: Its Role in Acting), hesitates to use the term “false self” in relation to the actor’s task. He has a point. What is observed in performance is the hypertrophy of certain aspects of the actor’s true self or as Aaron puts it, the actor’s “personal self,” at least if the acting is any good.

The late Eric Nuetzel, MD was a member of the Faculty of the St. Louis Psychoanalytic Institute, a training and supervising analyst, and former President.  In addition to his private practice, he also taught in both the Department of Psychiatry and the Performing Arts Department at Washington University in St. Louis.