The Unexamined Life Is Not Worth Living: 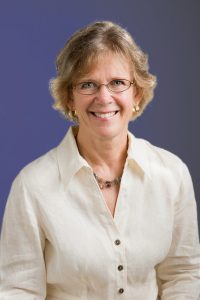 Perspectives: The Unexamined Life Is Not Worth Living:

Aristotle writes, “It is owing to their wonder that people both now begin and at first began to philosophize.” Philosophy and psychoanalysis alike began in wonder, wonder about the nature of reality and being, about the self, about knowledge, and about the meaning of our experiences.

Plato wondered how we could have true knowledge of the world. He made tripartite divisions of the world, of the soul, and also of the kinds of 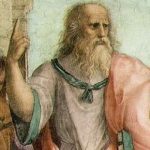 knowledge that correspond to each division. According to Plato, the three parts of the world are a cave, where humans are held prisoners in a sort of dim surround of shadows and illusions; the world of appearances, where, freed from the cave, humans perceive the objects that cast those shadows; and finally, the world of forms, a transcendent world of pure concepts of which the soul has true knowledge. One of Plato’s projects was to show humans how to ascend to knowledge of this highest and most formal kind.

Freud’s corresponding project was to show humans a way to descend into the cave of the unconscious, dissolve illusions, and retrieve the dim and archaic knowledge that is there in an unacknowledged way.

Always striving for unity, Plato also conceptualized the soul (psyche in Greek) as divided into three parts, each corresponding to his division of reality: the appetitive part wherein urges for things like food and sex, what Freud later would call unconscious drives, are located; the part that is the site of emotions such as anger, pride, shame and humiliation; and finally, the part wherein reason reigns in the form of reflective thinking about truth and beauty.

Freud also divided the psyche into three parts: first, into the unconscious, the preconscious, and the conscious realms, and later into the id, the ego, and the superego. It is the interaction between these parts of the psyche that gives rise to conflicts with ensuing guilt and anxiety.

Plato captured the dynamics of such conflicts poetically in a myth within the dialogue of Phaedrus.  He writes:

Remember how we divided each soul in three at the beginning of our story – two parts in the form of horses and the third in that of a charioteer? One of the horses, we said, is good, the other not…the horse that is on the right, or nobler, side is upright in frame and well jointed, with a high neck and a regal nose…and is guided by verbal commands alone. The other horse is a crooked great jumble of limbs with a short bull-neck, a pug nose – deaf as a post – and just barely yields to horsewhip and goad combined. Now when the charioteer looks in the eye of love, his entire soul is suffused with a sense of warmth and starts to fill with tingles and the goading of desire. As for the horses, the one who is obedient to the charioteer is still controlled, then as always, by its sense of shame…The other one, however, no longer responds to the whip or the goad of the charioteer; it leaps violently forward and does everything to aggravate its yokemate and its charioteer….The charioteer… falls over backwards awestruck, and at the same time has to pull the reins back so fiercely that both horses are set on their haunches, one falling back voluntarily with no resistance, but the other insolent and quite unwilling.

This vivid metaphor of Plato’s suggests also what Freud conceptualized as the id, full of unbridled desire, the superego, a self-critical and often inhibiting force, and the ego, like the charioteer, who tries to be in charge and to mediate between the forces of desire and the socially acceptable expressions of desire. 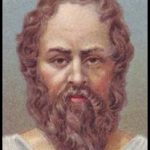 Socrates famously said, “The unexamined life is not worth living.” Both psychoanalysts and philosophers are committed to examining and giving meaning to human experiences. By keeping a sense of wonder alive we are all engaged in thinking about how we might live and what makes life worth living.

The first philosophers who called themselves Skeptics doubted almost everything and developed methods for challenging all claims, which led to a suspension of judgment. Their reason for thus keeping doubt alive was to attain the quietude or tranquility that comes from never being held responsible for claims or having to defend a position of any sort. Out of what seems at first a destructive mode of thinking and interacting, emerges, however, as the 18th century British philosopher David Hume realized, a challenge to keep inquiry alive. To settle for an answer closes down further questioning. Here Skepticism provides a strong tie between philosophy and psychoanalysis: the commitment to keep alive the freedom to explore and wonder and thus to ensure an ongoing process of discovery. A patient in psychoanalysis articulated her experience of keeping the wonder and mystery of life and of the world alive in this way:

You know, it’s wonderful that even the sciences constantly find all of their constructions to be wrong. Newton’s laws have been found to be wrong. I find that so comforting—we don’t know yet. We constantly find an order and it’s just a construct. There is still mystery and magic in the world and so, judging and condemning is not valid. Those who subscribe to one belief system and consider all the others to be wrong think “if you don’t believe what we do, you go to hell.” But there is always the possibility of good where you see evil, of a greater depth where you see no depth or walls. There is always some unknown thing. This attitude allows room for error and it requires acceptance and forgiveness. It requires open-mindedness and I believe that every single person should be open-minded.

This reflection captures so well the refusal of both philosophical and psychoanalytic spirits to settle for fixed, dogmatic, and reductive answers regarding what to believe and what judgments to make. It expresses instead a commitment to flourishing which is possible only with an open mind and an open soul, a spirit free to acknowledge that we don’t know yet and that there is so much more to discover and to come to know. The self is never completed, but instead continually evolving. When Socrates says, the unexamined life is not worth living, he invites us, as does every psychoanalyst, to entertain deeply the question, how might I live? This attitude leaves complacency and passivity behind; it takes nothing for granted, but instead invites an active curiosity about life, about oneself: who can I be? This indeed embodies an attitude, shared by philosophy and psychoanalysis, that encourages a sense of wonder.

A psychoanalytic process aims at transformations of the self, which yield freedom to do what one wants to do, and to be who one wants to be. Virtually everyone who enters psychoanalysis comes in pain and anguish. But they also come with a longing for wellbeing and for flourishing. In many of his 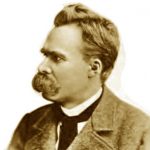 writings the 19th century German philosopher Friedrich Nietzsche focuses on the transformation of the self through an active creation. He seeks to inspire his readers to overcome the self that obeys life-diminishing values, to abandon values that support traits that weigh down the spirit. He formulates three metamorphoses of spirit: the camel, the lion, and the child.

The first is the spirit that obeys, does what it is told, and conforms without questioning. It is like a camel loaded down with the cultural burdens of oughts and shoulds that have become internalized. The burdens of conformity and duty weigh heavily on this spirit and inhibit joyful expression, as well as the enjoyment of life. Those who feel thus inhibited and emotionally isolated, sometimes in spite of an active social life, may feel like they live in a desert.

But there, in such an emotional desert, the second metamorphosis can take place. The spirit becomes like a lion who roars “no,” who refuses to obey any longer. The individual refuses to be defined by others, revolts against those who would command it, and rejects the oughts and the shoulds of conventions, of culture, and sometimes of religion and of family. Raging against these and refusing to be burdened any longer by people seeking control; this spirit lives with a negative sense of freedom, a ‘freedom from,’ but is not yet in a position to create new values.

The creation of new values takes place in the third metamorphosis, wherein the spirit becomes like a child who is free to create itself, free to affirm life. In this positive sense of freedom, a ‘freedom to,’ the spirit is now, as Nietzsche puts it, able to will its own will. Here it is possible to become whom one is, which means not that the transformation of the self is over and finally achieved, but that a new space has opened up, wherein one can engage in a continually broadening process and a growing capacity to assume responsibility for oneself.

The contemporary philosopher, Lorraine Code, claims that ‘responsibility’ really means ‘the ability to respond’ – “response-ability.” The individual who accepts responsibility for him- or herself finds a new ability to respond more richly and genuinely to others. This person is free to respond and to act from an inner sense of harmony, from a self free from internal conflicts and tensions. The pursuit of such authenticity and responsibility for the self, a pursuit of the freedom to become who one can be, ultimately motivates the undertaking of every psychoanalysis.

When Socrates says “the unexamined life is not worth living,” he invites us, as does every psychoanalyst, to entertain deeply the question, “how might I live?”