An evening for all…

Exploring Neutrality in a Diverse World 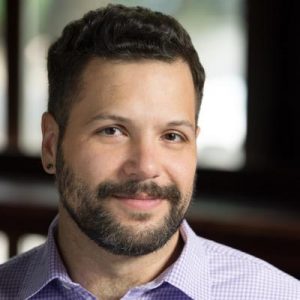 This interactive evening will explore how Freud’s conceptualization of the term neutrality was culturally influenced, and embedded with internalized racism.

Psychoanalysis has been criticized historically, by clinicians and academics from within and outside of psychoanalysis, for adhering to a rigid version of neutrality. Schools within psychoanalysis, including Self Psychology, Intersubjective Theory, and Relational Psychoanalysis have argued that Freud’s definition of neutrality is arbitrary, obsolete, and when practiced dogmatically, can harm patients.  This presentation will provide an opportunity for professionals, and the interested public to become familiar with psychoanalytic theory and concepts within the context of racial and gender diversity.

The program will describe an anti-oppressive approach to neutrality, that attempts to highlight the usefulness of neutrality as a way of not-othering patients who are people of color, and/or LGBTQ identified. This anti-oppressive use of neutrality de-colonizes and opens up the room to understand the concepts of “blank screen” and “opaque mirror,” as racialized/racist enactment when working with such patients.

These concepts, and others, will be explained and discussed in the program.  We will explore ways of preventing such enactments with an anti-oppressive approach, that strives to address internalized, anti-black racism and white supremacy, in both sides of the therapeutic dyad.  This exploration will include an approach that applies clinical neutrality, through the use of clinical composites, so as to consider the different racial intersections that impact marginalized populations, including LGBTQ identified people and persons of color.