by Paul A. Dewald, MD 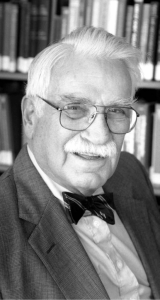 by Paul A. Dewald, MD

The evolution and development of psychodynamic psychotherapy over the past fifty years illustrates that theoretical, technical, and conceptual issues observed and understood by classical psychoanalysis can be modified and applied effectively to less intensive or extensive forms of treatment. This allows effective psychotherapy to be offered to larger numbers of patients for shorter duration of therapy and at a lower cost.

One major discovery from psychoanalytic experience and observation demonstrates the existence of unconscious mental processes which (though not consciously recognized by the individual) exert a significant and modifying impact upon feelings, motivation, and patterns of behavior. Some unconscious mental processes have meanings which are reflections of early “forgotten” experiences and relationships (“the past unconscious”), while others are more appropriately focused on current factors and forces which are temporarily blocked from awareness (“the present unconscious”).

A second major finding is that behavior evolves out of antecedent behavior. The experiences, memories, traumata, relationships and developmental processes of childhood interact with constitutional, genetic and sociocultural factors to serve as a unique template for each individual. This template forms a background through which subsequent life experiences, relationships and the subjective sense of oneself and one’s functioning are developed and understood. Recent neurobiological research demonstrates that the template and the many stimuli and experiences that contribute to it have a direct effect on the growth and neural network connections of the brain itself.

A third major observation concerns the central role of the relationship and interactions between patient and therapist in understanding the nature of the patient’s difficulties. The relationship also serves an important function for conducting the therapeutic process itself. The safety, confidentiality, and understanding acceptance in this relationship encourage the patient to reveal intimate material about him/herself and the difficult problems, conflicts, and relationships that exist. Both patient and therapist respond to the other partly on the basis of their own template (transference and countertransference) and those interactions illustrate characteristic problems and patterns of behavior. Psychodynamic psychotherapy deals with seemingly unexplainable behavior patterns, symptoms, or thought processes that turn out to have identifiable motivational meanings, frequently beyond the awareness of the individual.

Clinical observation and experience in the traditional psychoanalytic situation have demonstrated increasingly complex factors associated with treatment and the process of change in individual patients. There has been an expansion in the variety of psychoanalytic formulations regarding the mind and mental processes, as well as increased recognition that no single model of the mind is equally effective in conceptualizing the spectrum of psychopathological conditions treated by psychotherapy.

The four current major models for psychoanalytic and psychodynamic conceptualizations are as follows:

1)       The drive model recognizes the importance of internally or externally stimulated wishes, urges, and pressures toward action which significantly impact motivation and wishes for direct fulfillment of demands broadly conceptualized as sexual or aggressive.

2)       The ego psychological conflict model teaches that conflicting and contradictory motivations arise both internally and\or externally and are resolved or adapted to through integrated executive mediating functions of the ego and the establishment of compromised solutions among the conflicting forces.

4)       The self-psychological model explains that the individual, as a result of early developmental experiences with caretakers, establishes an evolving image of him or herself in relationship to the environment. There occurs progressive modification of this self image as life and experiences evolve, but there is persistent need in all of us for positive regard from people important to us.

These models have been conceptualized as relating to mental conflict, and as relating to developmental deficit and defect. Rather than an “either-or” choice, modern dynamic thinking represents a “both-and” approach.

Early in the history of psychoanalysis, focus was primarily on the mental functions of the patient, and the therapist was supposed to be an objective and non-participant observer and interpreter (the “one-person” perspective). Clinical experience shows this perspective to be incomplete. We now recognize that the therapist is an active participant in the treatment process. The personality and activities of a therapist interacting with the patient represent a form of object relationship with profound influence on the therapeutic process and illustrating preexisting psychological patterns in both individuals. This results in a more complex but accurate two-person perspective.

Psychodynamic psychotherapy is based upon these theoretical expansions and may be aimed at expressive and personality changing goals, or at more supportive, limited, and symptom-relieving efforts; it may be brief and time limited, or long-term; it may occur individually in a one-to-one relationship with a therapist or in group settings with more than one patient participating at the same time.

Contemporary therapeutic awareness, complexity and variation requires special skills and training. It represents a systematic attempt to develop techniques and attitudes that allow the application of psychodynamic thinking and intervention based on the specific and idiosyncratic needs of the patient, rather than adherence to any particular theoretical “one fits all” model.

The late Paul A. Dewald, MD, served as the St. Louis Psychoanalytic Institute’s Director, training and supervising analyst, and lifetime Board Member.  He was a clinical professor of psychiatry, St. Louis University School of Medicine.

The St. Louis Psychoanalytic Institute offers a two-year advanced program for education and training of psychodynamic psychotherapists. The programis designed for individuals who have had some basic training in psychotherapy and wish to enhance their skills through an understanding of psychodynamic principles, techniques and application to the therapeutic process. The program involves weekly seminars and class work, as well as supervision of trainees in their own practice of individual therapeutic work.