Shame and guilt are moral emotions. Shame is the emotion experienced when we feel exposed as inadequate, weak, and powerless. Shame arises from passivity and helplessness, from a feeling of failure, a feeling that one amounts to less than one aspires to be, that one falls short of an ego ideal. Guilt comes from action; one has done something wrong, and fears punishment. Guilt is easier to acknowledge than shame, since guilt reflects some power and agency, even if immoral and reprehensible. Acknowledging shame involves exposing oneself as weak and powerless, even defective, which may cause more shame.

In order to explain the dynamics of shame more vividly, I turn to The Tempest, Shakespeare’s last play. The deposed Duke of Milan, Prospero, is shipwrecked on an island with his daughter Miranda. Prospero’s younger brother Antonio has usurped the throne and sent Prospero and Miranda to sea on a barely seaworthy ship, “a rotten carcass of a butt,” as Shakespeare puts it. Two creatures already inhabit this island: the son of a witch, Caliban, who becomes Prospero’s “savage and deformed slave,” and a spirit, Ariel, who carries out Prospero’s every wish and omnipotent fantasy. Propero fantasies himself a god who can do anything. In reality, he is isolated and helpless on an almost deserted island, but, in fantasy, he is a powerful sovereign who commands even the forces of nature. His magical and omnipotent fantasies can be seen as defensive strategies used to avoid the painful awareness of his situation, to protect himself from experiencing shame.

Prospero’s shame stems not only from his brother’s usurpation of the throne but also from his own participation in being deposed. More interested in studying in his library than in engaging in politics and matters of state, he turned over the governance of the state to Antonio. The power-hungry Antonio saw an opportunity to seize the crown and made political alliances to this end, while Prospero was buried in his books. Prospero, then, experiences shame over his naïvete and trusting attitude, having abdicated his responsibility, and recognizes his own participation in his fall from power. He feels ashamed to be seen and to see himself as a victim of his brother’s betrayal.

When a person feels ashamed, he or she may want to disappear from sight. You cover your face to avoid being seen. You feel shipwrecked on a deserted island of your own making. You withdraw from company and community and engage in defensive strategies to avoid feeling, to avoid even being aware of, your shame.

Psychoanalytically, one may think of Prospero as never having left Milan. His isolation on the island represents his withdrawal from society, as withdrawal into silence and isolation can sometimes be understood as an analysand’s fear of facing his or her feelings of shame. Prospero’s defensive strategy, designed to avoid recognition of his powerlessness and shame, is to turn his feelings of passivity into fantasies of activity. Unable to endure passivity, he seeks to repair his loss of power and control by fantasizing that he has total control over his island kingdom. He imagines himself to be omnipotent. Like a god, he commands Ariel, the spirit, to carry out his every wish. Like a playwright, Prospero has total power and control over the actions and fates of the characters, the spirits, and the powers of nature. Likening himself to Neptune, god of the sea, he bids a storm arise and unleashes his vengeful fantasies and fury, his desire to destroy those who deprived him of his rightful place as heir to the throne. He attempts to undo the shame he feels through revenge. Revenge fantasies are typical in those who feel powerless to actually exact revenge. Such fantasies shield Prospero from awareness of the humiliation he unconsciously feels over his own participation in losing power.

Caliban, the son of a witch, represents the part of himself that Prospero hates and wants to disown, the powerless and weak part that causes his shame. Prospero is eventually able to recognize this “savage and deformed slave” as his own. “This thing of darkness I acknowledge as mine own,” he says by the end of the play. How is he able to get to this point? A great difficulty in facing and working through feelings of shame and humiliation is that the acknowledgment of shame often causes more shame. It might feel unbearable to acknowledge that one feels inadequate, weak, and helpless. This is when Prospero’s daughter Miranda becomes significant. She is given a role akin to that of a psychoanalyst who can help someone like Prospero work through his defensive fury and vindictiveness, and in doing so, let go of his anger and magical defenses. Prospero asks her, “lend thy hand and pluck my magic garment from me.” He begins to tell Miranda the story of his past, and her nonjudgmental, empathic listening allows him to work through the burdens of his grudge, his desire for retribution, and his shame. Eventually, he is even able to forgive his brother, Antonio.

Despite forgiving his brother, Prospero does not reconcile with him, as Antonio shows no remorse for his betrayal of a brother’s trust. Whether Prospero completely forgives Antonio or not, however, the important change that takes place is that Prospero is reconciled with his own past, that he has integrated his “thing of darkness” into his character. This transformation enables him to reclaim the dukedom that is rightfully his, to come out of his shame-filled isolation, and to return to society in Milan. Similarly, it is possible for a person to work through feelings of shame in psychoanalysis or psychotherapy. Not only can the sources of shame come to be understood with the help of a psychoanalyst, but the shame that eats away at one’s sense of self can also be transformed into a sense of being worthwhile, respected, and in charge of one’s own life.

◈ The Many Faces of Shame   Donald L. Nathanson, Ed.

◈ Shame and the Self   Francis J. Broucek 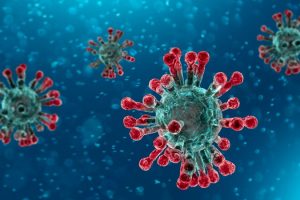 A letter to our community: Coronavirus 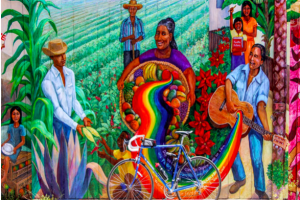 Psychoanalytic perspectives on the impact of immigration on the identity[...]